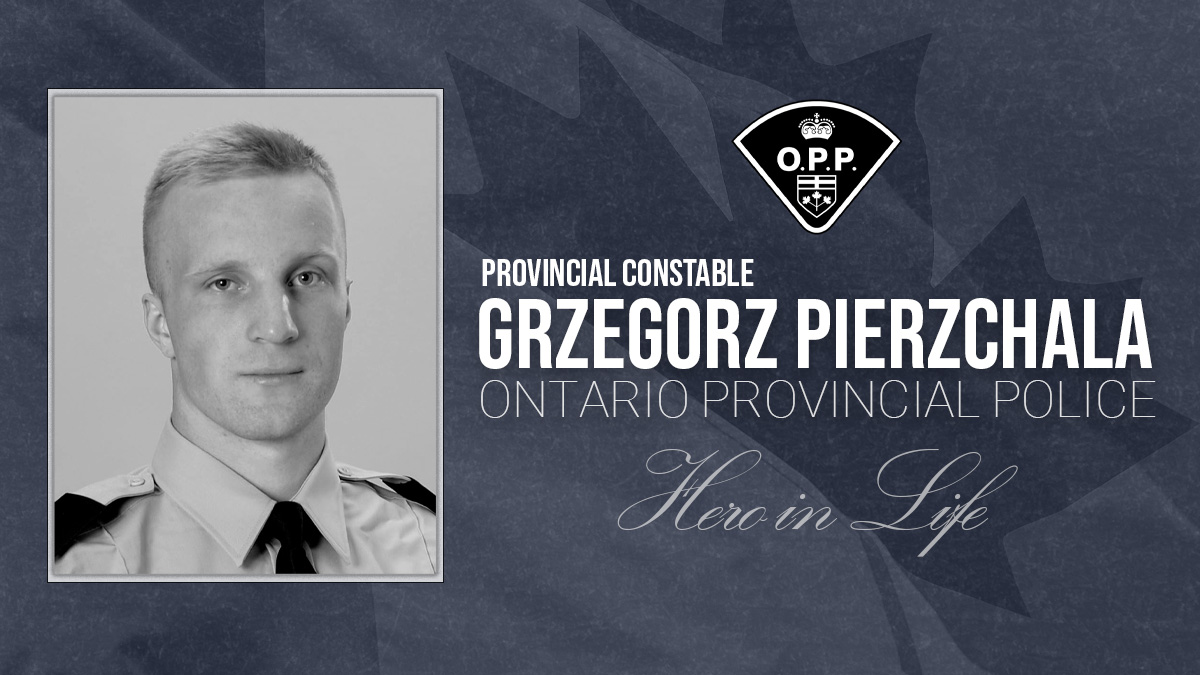 Representatives from the County of Brant and Six Nations of the Grand River sent messages of condolence to members of the Ontario Provincial Police (OPP) and the family and friends of Provincial Constable Grzegorz Pierzchala after he was tragically killed on Tuesday, December 27.

Pierzchala was shot while responding to a vehicle in the ditch in Hagersville. Pierzchala succumbed to his injuries and was pronounced deceased shortly after. He was 28-years-old.

Six Nations of the Grand River Elected Council sends their deepest condolences to Provincial Constable Pierzchala’s family and friends as we all process and grieve this devastating event as a community.

“I was heartbroken to hear of this tragic incident as a result of a senseless act of violence, and of a young life taken so soon in the line of duty. I am sending my sincere condolences, thoughts, and prayers to Officer Pierzchala’s loved ones and the entire OPP family for this immense loss,” said Chief Mark B. Hill. “I also want to thank the Ontario Provincial Police, the Six Nations Police, and all other services who supported this operation for their swift apprehension of the suspects and for continuing to keep our communities safe. I have spoken with Chief LaForme and offered any services they may need to support the Mississaugas of the Credit First Nation community at this time.”

The County of Brant also expressed their condolences to the family, friends, and colleagues of Provincial Constable Grzegorz Pierzchala who was killed in the line of duty in neighbouring Haldimand County.

“The County of Brant and Haldimand County share borders and resources and at this difficult time we know there are no borders for senseless acts of violence and the killing of police officers who are here to protect us all,” said Mayor David Bailey. “The loss of PC Pierzchala is deeply felt by all of us in the County of Brant and we mourn his passing, which seems especially hard to comprehend during the holiday season.”

Jennifer Haley, Chair of the County of Brant Police Services Board, also expressed her condolences to Pierzchala’s family and friends.

“It is an unimaginable loss of someone so young who bravely served on the frontline protecting his community. PC Pierzchala was a true hero in life,” said Haley. “It is times like this tragic loss that we see the frontline come together to support one another and I want to extend our thanks and appreciation to all of the Brant OPP members who are working and supporting Haldimand OPP Detachment at this difficult time.”

Flags at all County of Brant facilities will be lowered to half-mast to honour PC Pierzchala’s sacrifice.