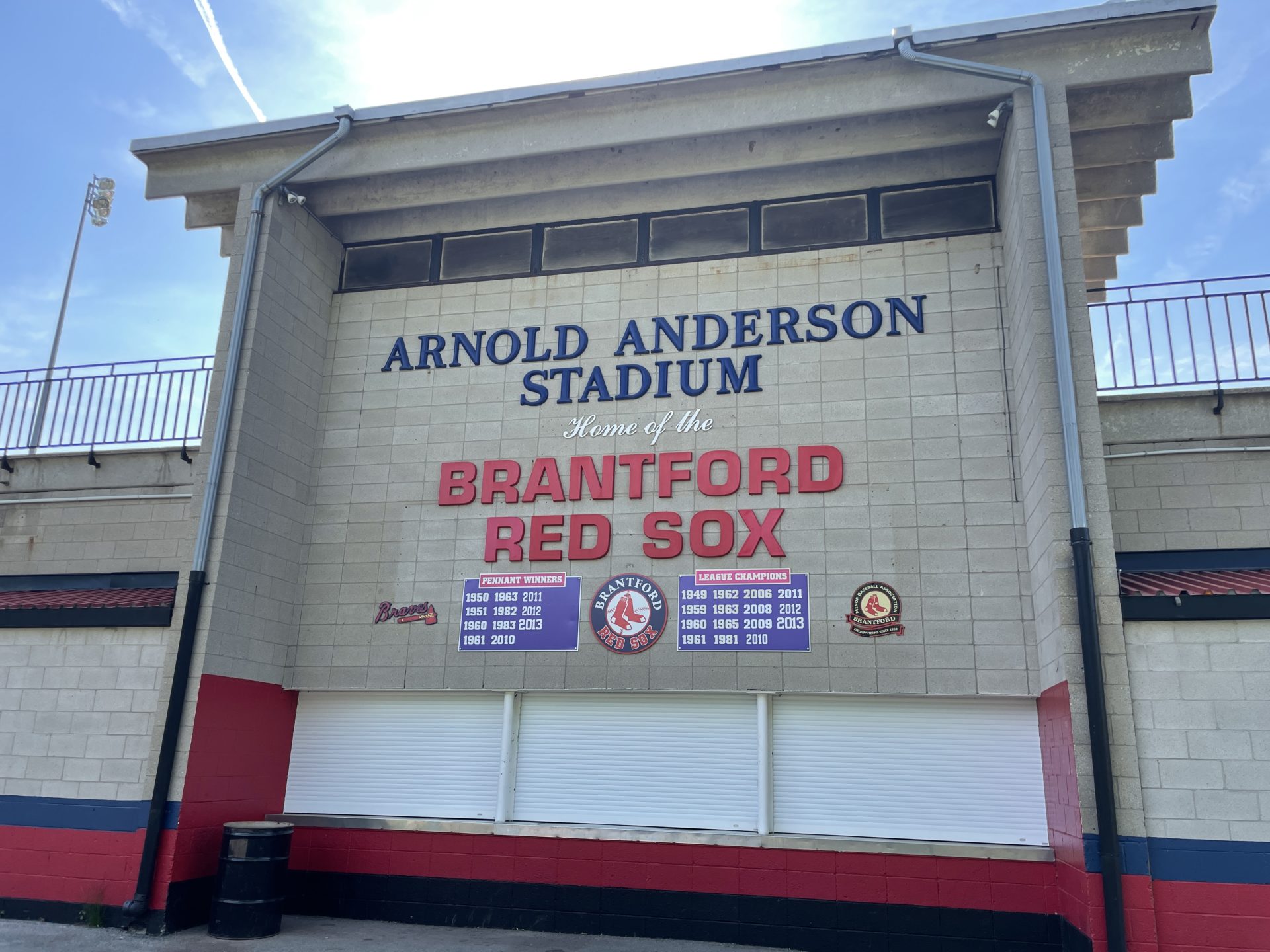 The Brantford Red Sox have faced issues on and off the field to start their 2022 Intercounty Baseball League (IBL) season.

On the field, the Red Sox are winless through their first 15 games of the season, due, largely in part, to a series of injuries to key players and not enough funds to field higher calibre players, specifically pitchers.

“The league is a very uneven playing field – there are teams with money and it shows.  We have a lot of junior (players) taking the field this year to cover injuries, they are young and just breaking into this league so it’s tough competition for them.  They will get better and stronger and we want to work with the juniors; they are the future and they want to play ball, they are always there and they give 100 per cent, but we still need to be able to bring in some higher calibre players  and that takes funding.  When you bring up players there’s the cost of getting them here, housing and food, it’s not cheap,” said Connie Pomerleau, co-owner of the Brantford Red Sox, along with her husband Rick.

Off the field, the issues began before the season started when Arnold Anderson Stadium was broken into and the Red Sox sound system was stolen.

“We discovered the theft at the end of March. Everything was stolen. The speakers, the soundboard, microphones, there was nothing left,” said Pomerleau.

The sound equipment wasn’t insured as the Red Sox insurance only runs the length of the season, May through September. After becoming aware of the theft, Pomerleau contacted the City of Brantford to discuss next steps.

“I let them know what happened and reported what was missing. I know that they were going to initiate the police report and start the process,” explained Pomerleau. I know the city has something similar to a vandalism fund and they’ve used it before, because we’ve had vandalism in that park years ago, where a group of kids hopped the fence and they destroyed the batting turtle. The city used that fund to get a new batting turtle, but now they own it.”

The City of Brantford hasn’t provided Pomerleau with an update on the stolen equipment so it has been business as usual for the owners of the long-standing franchise.

“We are continuing to run the team because we love baseball but this season has been the toughest in a long time. We want to do something for the community and we are running this team so the community has one, we love being a part of this.  But this year it’s like, every step we take, we take ten steps back, and everything has gone wrong,” said Pomerleau.

Besides the theft and a difficult season on the field, Pomerleau said the organization is feeling some financial pressures.

“Many years ago, the Red Sox didn’t play because they didn’t have enough sponsorship money, and history repeats itself. The difference being back then, Branford was a small community. We’re not a small community anymore. We have tons of businesses and we have big corporations here now,” said Pomerleau. “I am so grateful to the sponsors we do have, people and businesses that have consistently supported us and the Red Sox over the years. There are quite a few sponsors who give us $1,000, every year without fail and they are always there to help, but it’s not enough.  We have a threshold of how much sponsorship money we need to be able to bring in players and cover the expenses, this year we raised only half of what we need and I have been working on sponsorships since last fall”.

With the ongoing financial struggles, the Pomerleaus have had very preliminary discussions regarding the future of the Brantford Red Sox.

“I have actually said to Rick that maybe we should take a year off (from the league). He hasn’t come out and said it but I’m getting to the point where it’s something we should consider,. “I am tired of worrying about having enough money to pay all the bills at the end of the year. I shouldn’t have to because there should be enough support in this community with all the businesses and big corporations here,” said Pomerleau. “The Red Sox have been a part of Brantford since 1911, that’s a long time, and there is a great rich history surrounding this team. I thought that businesses in our community would care about the history and want it to continue. We don’t receive any financial support from the City and we do have to pay for the field rental and the field lights just like every other league, and our rates are higher because it is a senior team”.

Pomerleau continued, urging fans to stick with the team as she and Rick continue to stand by their team.

“I know that the team is struggling this year and it’s worse than any previous year we’ve had the team. I know fans get upset and they want to blame someone and that someone is probably us, because they don’t know the whole story. I have talked to so many people who assume we don’t have to pay for the field, some assume the City backs us financially but most people don’t realize how little we receive in sponsorships. We never became involved with this team to make money, we are very well aware that it has never been a money maker. But what we did expect is that it would generate enough funds with sponsorships, concession sales and admission sales to support itself and be competitive. I volunteered with Brantford Minor Baseball for several years and I still volunteer on the ICBA Board. The Red Sox was another opportunity to volunteer but in a different way that was really exciting for me because I’ve always had so much fun at the games”.