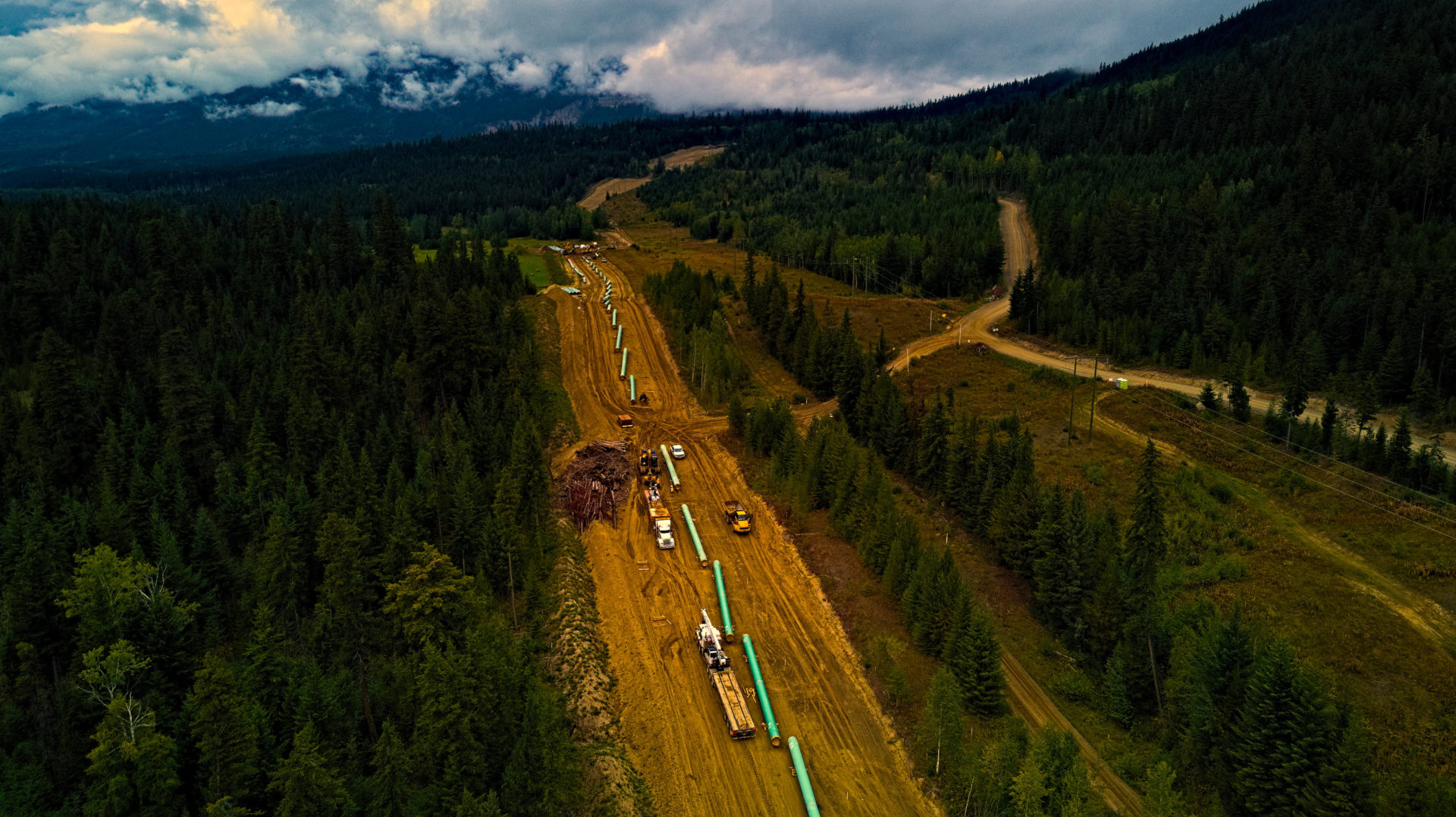 The 18-day journey will take those who call themselves land defenders across the nation to discuss the importance of their land, future generations, and how to protect the broader Indigenous communities against climate disasters.

The Coastal GasLink pipeline, which is owned by Calgary-based TC Energy, recently revealed its estimated costs have skyrocketed from its previous $6.6 billion to $11.2 billion.

TC Energy says it expects the 670-kilometre pipeline to be finished by the end of next year. 190 kilometers go through the Wet’suwet’en First Nation.

The pipeline is designed to carry natural gas obtained by fracking in Northeastern B.C. to a $40-billion liquefied natural gas terminal on the province’s north coast for export to Asia.

The CEO of TC Energy says it has agreements with all 20 elected First Nations band councils along the route and that it will provide communities with a 10% ownership stake. Several Wet’suwet’en Hereditary Leaders say band councils do not have authority over traditional territories beyond reserve boundaries.

Over the past several years, protestors, including people who travelled from Six Nations, have blocked access to pipeline worksites as the project sparked a nationwide discussion about resource development on Indigenous land.

Today and throughout their tour, the leaders say the goal is to fight to ensure actions are being taken to reduce rather than fuel the climate crisis.

For the full story, please visit out content partner, CHCH.com.