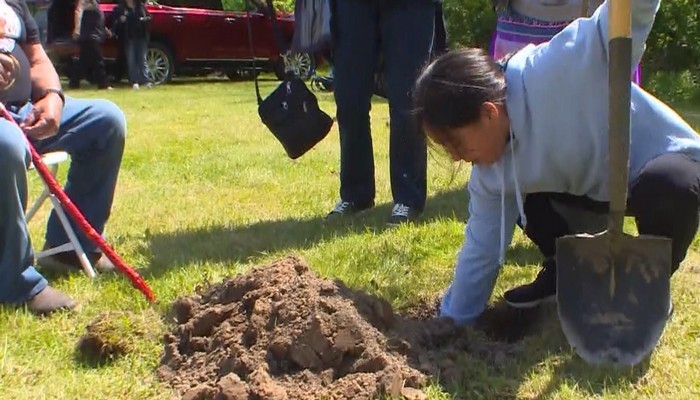 The trees were planted where an entire orchard once grew while the school was in operation. Students worked in the field, but the fruit was always off-limits, even though they were hungry.

Six Nations Elected Chief Mark Hill says the ceremony was about reclaiming what was taken away. The trees will be a part of a larger project, the Mohawk Village Memorial Park.

The park will be on the front lawn of the Mohawk Institute, which is also in the process of being refurbished into a museum.

Survivors want the space to be a positive inclusive place to learn and heal.

Mohawk Village Memorial Park is expected to be completed within the next two years.

Searches on the Brantford grounds will continue this summer.