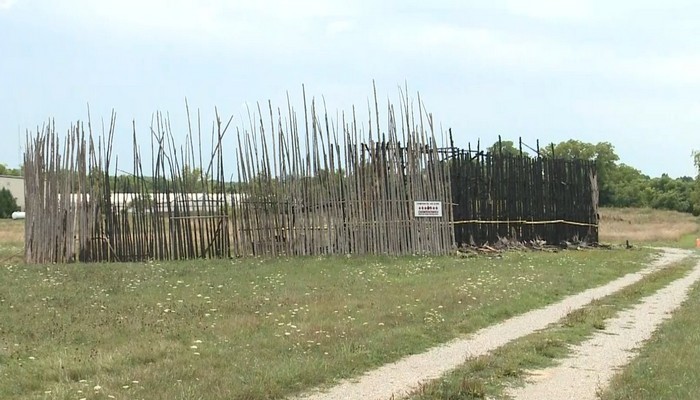 After a devastating fire destroyed a 17th-century replica longhouse, on Six Nations, the community is now trying to raise enough money to rebuild.

The Ogwehoweh Skills and Trades Training Centre Longhouse burnt down on July 22nd. The damage was so severe that the fire department says it will be difficult to determine the cause. No one was hurt in the blaze.

The longhouse was used to raise awareness about Haudenosaunee culture and offered training and programming for community members and visitors and has attracted tourists from as far as Europe.

Erin Monture from Grand River employment and training, the company that owns the longhouse, says because of its importance to the community, it should be rebuilt, recently launching a fundraiser aiming to collect $1 million to do it.

“The feedback we received has been amazing, and the support. You didn’t realize the impact that the longhouse had on the community until the fire.”

The “We will build again” fundraiser has only raised about $1,000 so far, but Monture says once the money has been raised they can rebuild right away.

Tradesmen from Six Nations built the original structure in 2014 and Monture says they intend to use local workers again.

For the full story, please visit our content partner, CHCH.com.