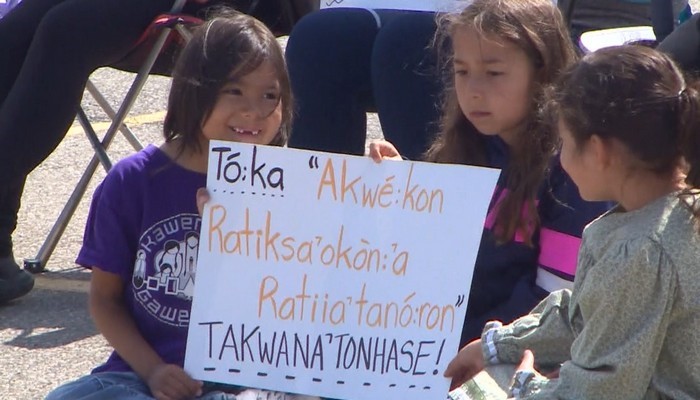 The Kawenní:io/Gawení:yo immersion language school on Six Nations was hoping for funding from the federal government to build a new school, a project that has been in the works for nearly two decades.

The Minister of Indigenous Affairs, Mark Miller visited the school today but couldn’t deliver on what the community wanted.

The school has wires hanging from the ceiling, no running water in the kitchen, and weeds growing in the playground. Right now, students are forced to attend classes at a nearby lacrosse arena.

The design plans for the new school have been done and redone again over the last 17 years.

There is enrollment demand for the immersion school but they don’t have the space with only 14 classrooms.

The community says they will continue to fight for a new school.