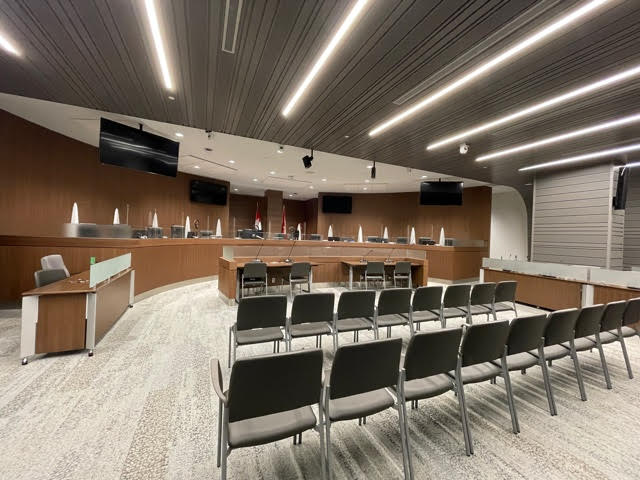 Rose Sicoli was appointed as ward one councillor for the City of Brantford during a special council meeting on Saturday, December 11.

Twenty-one candidates were vying for the position of ward one councillor.

Councillors Dan McCreary, Joshua Wall and Richard Carpenter, declared conflicts of interest for various reasons and were asked to sit in the gallery for the remainder of the meeting.

Council then passed two motions regarding the process to fill the vacancy. The first motion stated, “That the words ‘in a blind vote’ fashion’ be stricken from the rules of voting and the word ‘ballot’ to be replaced by the word ‘vote.’” There was no discussion and the vote was carried, 7-0.

Councillor Jan Vanderstelt then made a second motion that “no debate prior to the appointment vote be permitted.” The motion was carried unanimously, 7-0.

After clarifying the process, each candidate was given five minutes to address the council, highlighting their qualifications for the position.

After the presentations were completed, council members voted on their choice to fill the ward one vacancy in an open balloting process. During the first round of voting, Rose Sicoli received three votes, Mark Littell received two votes, Gino Caputo received one vote and Michael Sullivan received one vote.

Since there were two candidates tied with one vote apiece, council held a runoff vote between Caputo and Sullivan to see who would join the other candidates in the final vote. Sullivan won the runoff vote 4-3, joining Sicoli and Littell in the final.

Sicoli will be sworn in as the new ward one councillor during the City of Brantford’s regular council meeting on Tuesday, December 21.