Politics is a new life for for new MP Larry Brock 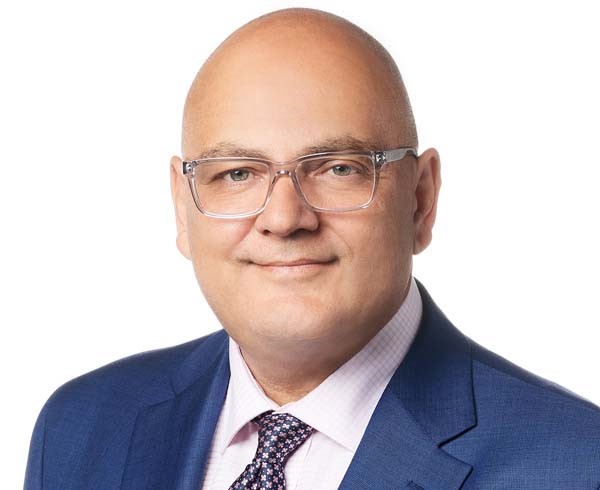 Larry Brock, new Member of Parliament (MP) for Brant-Brantford, has had a hectic few days after being elected on Monday, September 20.

Brock won the election with 43.6 per cent of the vote, and admitted it was a very special moment in his life.

“ It was almost akin to the feeling that I had on February 7, 1992. It was a pivotal moment in my life as a professional because that was the day I got called to the Ontario Bar as a newly-licensed lawyer. That feeling of excitement and worry and the unknown about how I would make my mark on the profession, where I would end up, who I would meet and who I would help. I was just so eager and excited to get the ball rolling on that career as I am for politics,” he recalled. “It’s that same type of feeling that I had 30 years ago. It’s renewed so much energy in me, so much passion in me. It’s like turning back the clock and re-doing my career professionally.”

Brock added, “During my acceptance speech, I thought about the feeling. As I approached the podium, and I had my favourite song, “I Gotta Feeling” by Black-Eyed Peas, in the background, I said to myself, this feels like I am walking to the podium at Roy Thomson Hall to receive my official license as a lawyer. It was like a deja vu moment almost.”

Since then, he has been busy settling into his new role.

“I should have known how busy this would have been 48 hours out of the election. To have someone warn me and actually experience it are two different things. It was just enough to catch my breath over the last 48 hours. It’s been a crazy time, a really crazy time and a steep learning curve,” said Brock. “Between connecting with Ottawa and my advisors and the House of Commons, they have been just fantastic in reaching out to me and guiding me through the process.”

While Brock is starting his new career in politics, he will be leaving his law career in the rearview mirror.

“I am looking forward to that (heading to Ottawa) but, as you know, I am leaving behind a 30-year-old legal practice. Really, the last 18 years have been with the Crown Attorney’s office. Over the course of the last 20 months, there have been a lot of files I had to take home because many of our cases were done remotely so I have to connect with my old employer, hand back my files and sadly clean out my office,” he said. “I have to walk away from a legal career, there is no option at this point. I was on a leave of absence during the campaign and now that I am elected, I will have to retire from law.”

Brock went on to discuss some of the things he has been working on over the last few days.

“The most difficult part of the last 24 hours has been learning to adjust to a new work-life balance and dealing with all of the logistical issues that come flooding right at you,” Brock said. “ We are fortunate that the retired MP, Phil McColeman, has a great office, fully furnished and ready to go. It’s just a matter of me signing a new lease and once that’s done, we can be open within minutes. We don’t have a budget yet and that’s the only thing that’s officially holding us back in terms of opening up a constituency office but that should be taken care of by next week.

I anticipate, if all goes to plan, that this Monday, which I believe would be October 4, we will be open on a constituency level. Now, that’s my game plan but in the interim we are still providing services, albeit at a much reduced scale.”

Brock will be using McColeman’s old office, which is located on George Street in Brantford, and is hoping to achieve the same expectations as the former MP.

“Phil McColeman had done such an exemplary job in my view providing superior customer service and that’s the level I want to maintain and further advance,” he said. “Now that the election is over, I am not partisan. I am a Member of Parliament for the entire riding. Anyone who did vote or did not vote, regardless of their political party, will have an ally and an advocate with me and my office.”

With his local office almost sorted out, Brock has been busy with requests from several groups and organizations in his riding.

“Oh yes, I have an itinerary that is full of appearances and openings and cultural gatherings. I have a Jamaican community that I have grown fond of and they have invited me to their services this coming Sunday,” Brock said.

Brock’s first official meet and greet as the new MP will be on Saturday when he will be speaking at a presentation for the Crossing All Bridges Learning Centre, an organization Brock was a long-time member of up until the election.

“I resigned all of my positions from all of my charitable work in advance of the election.

It just so happens, and it is so ironic, my first official meet and greet happens to be at Crossing All Bridges Learning Centre this Saturday. This will be my first official welcoming presentation,” said Brock. “We were able to raise $2 million for the acquisition of a new home for the learning centre. There was one philanthropic couple in the County of Brant who were very generous so they are being highlighted on Saturday. I will be in attendance as will the co-chairs of the capital campaign, which happens to be former MP Phil McColeman, and our former MPP, who ran the capital campaign so they will be speaking as will the Mayor of Brantford and Mayor for the County of Brant.”

Brock admitted that he would still like to be involved with different community organizations but is unsure if that will be possible in his new role.

“I am going to try my best to balance the community involvement and my new role as MP. I really need some clarification on how the federal government defines conflict of interest because I am very mindful of portraying an image that is appropriate to the entire community. I don’t want to be seen as a representative that is favouring one organization because there are so many great organisations within the area,” he said.

After the events this weekend, Brock has events early next week before he and the other newly elected MP’s arrive in Ottawa for a couple of days of orientation.

“I have events on Sunday, Monday and Tuesday then I am off to Ottawa so I know (requests) are coming in fast and furious and I anticipated that so it’s about my work-life balance and trying to find time to stay at home with my children and maintaining a presence in their lives, maintaining the household and maintaining my relationship with my wife but also my professional obligations,” said Brock. “Right now, I am erring more on the side of getting up to speed on my new career but I will eventually find that balance and give my full attention to both.”

While Brock is trying to get familiar with his new role, he took a moment to proudly speak about his family and how they are handling the transition.

“They have had really mixed emotions. From my girls’ perspective, it was very exciting for them. I basically exposed them to the political process since they were six-years-old and that was working on a number of federal and provincial campaigns. They would walk with me door-to-door and help me hand out leaflets and greatly enjoyed it. But this time, knowing their dad was running and seeing the elation and excitement on their faces while we were driving through the community was amazing,” he explained. “From that perspective, they are happy but sad that their dad is leaving for a couple of days but with today’s technology, I am only a Facetime call away.”

While Brock’s 12-year-old twins, Jennie and Emma, may have slightly mixed emotions about their dad’s big win, Brock’s wife, Angela, has been very positive and extremely helpful.

“She has been a loving, supportive partner throughout but she really laments the loss of the degree of anonymity that I once enjoyed. There will be an adjustment period but she has been very supportive and we will get through this together. She misses the old life but is very happy, encouraging and loving for my opportunity to represent this community,” said Brock.

With his family firmly on his side, Brock is now focusing on the job ahead and the vast amount of things he will have to learn.

“ I studied politics in university so I understand how our Westminster system of democracy works. At a 30,000-foot level, I know the generalities of the process, the nuts and bolts of day-to-day life as a politician, Member of Parliament but I will learn very quickly. I have had numerous, private discussions with Phil McColeman. He has assisted me and mentored me along the way. I just had a meeting with him a couple of days ago in terms of what to expect over the next couple of weeks and couple of months,” explained Brock. “I can adapt very quickly, I am a fast learner and, because of my profession, I am able to digest vast amounts of information and summarize that efficiently and effectively. I know there is a manual of House of Commons rules and procedures that are some 600-700 pages long and I want to get my hands on that very quickly to learn the process. It’s the type of professional that I am where I don’t want to walk into any sort of organization or any meeting without being prepared and I think that will make me a far more effective politician and a member of this community.”

Even with the vast amount of learning ahead, Brock admitted that he would like to get involved with some committee work during his time in Ottawa.

“ I know that it’s one thing to represent your community and answer their constituent needs but you also have to participate in the process and that means being involved in various committees. I have a list of three or four that I would like to participate in but I don’t know how that process works in terms of selection but I guess I will find out next week,” he said.

Once arriving in Ottawa, Brock will have more work to do as he will have to find an apartment, hire staff in the nation’s Capital and arrange an official swearing in ceremony.

“There are a lot of moving parts, I just don’t know to what extent it will apply to me and how I will be able to adjust to that,” he said. “Despite my age, 57-years-old, I don’t feel it and I don’t look it. During this journey, I wanted to change everything in my life, physically, mentally and psychologically. Everything has been sharpened and I am just ready to put my best foot forward in this new career.”