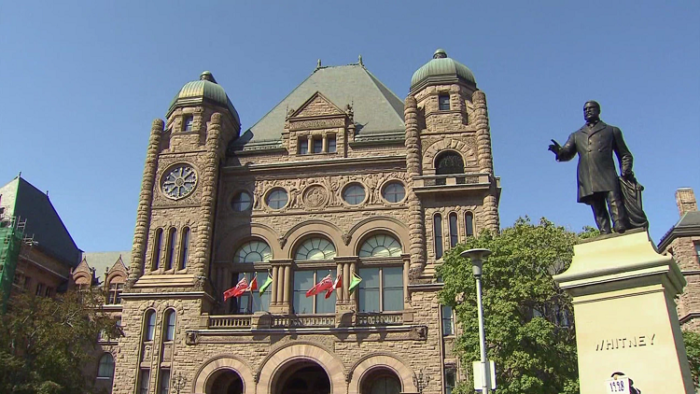 The Ontario government is extending further “strong mayor” powers to the leaders of Ottawa and Toronto, and is reviewing the role of regional governments as part of the government’s goal to build 1.5 million homes in 10 years.

Municipal Affairs and Housing Minister Steve Clark announced legislation Wednesday that would appoint “facilitators” to assess the regional governments in Durham, Halton, Niagara, Peel, Waterloo and York, as well as the best mix of roles between upper-tier and lower-tier municipalities.

It would reappoint the current regional chairs in Niagara, Peel and York as well.

“I fully respect the province’s authority over local governments and their ability to make decisions they feel are in the best interest of the people of Ontario,” Niagara Regional Chair Jim Bradley said in a statement.

“In regard to Minister Clark’s announcement that he is reappointing the regional chairs in Niagara, York and Peel, I can affirm my steadfast commitment to the people of Niagara and my readiness to continue serving as Regional Chair.”

The legislation would also let the mayors of Ottawa and Toronto propose bylaws on provincial priorities – such as building more homes – and allow council to pass them if more than one-third of council members vote in favour.

Clark already has a different housing bill before the legislature, which would in part freeze, decrease and exempt fees developers pay in order to prompt building, but municipalities have shared concerns that would leave them without enough funding to construct supporting infrastructure.

Ontario’s fall economic update from earlier this week showed that the province has revised projections for new home construction downward, but Clark says he still thinks the province can hit the 1.5 million target.