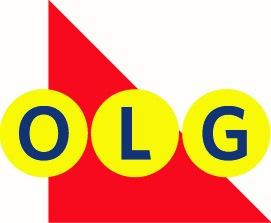 OLG donated $1,366.80 to United Way Brant from their “Collecting for the Community” virtual promotion.

OLG and its employees are contributing close to $120,000 to support the important work of the United Way in communities across Ontario.

As part of its support for the United Way, OLG launched a new virtual promotion in July 2021 called “Collecting for the Community”, which included a commitment by OLG of $50,000 in funds for United Ways across Ontario.

The COVID-19 pandemic has led OLG to evolve its local partnerships in order to continue to support and add value to the festivals and events taking place in communities across Ontario. ‘Collecting for the Community’ was intended to replicate the same fun and engaging experience that was offered at on-site activations at OLG sponsored events prior to the pandemic.

From July 19, 2021 to January 3, 2022, players 18 years and older who visited CollectingfortheCommunity.ca could play the free activity, and through their participation, could secure additional funding for their local United Way and benefit their community.

As part of the promotion, each of the 27 United Ways in Ontario is guaranteed to receive $1,000, but player participation in the ‘Collecting for the Community’ promotion increases the local contribution.

“Giving back is at the heart of all we do and we are proud of the role we play in making Ontario stronger,” said Duncan Hannay, OLG’s President and CEO. “OLG and our employees have a long, meaningful history with the United Way in Ontario. It is an important community partner that supports vulnerable populations through numerous charities and community assistance programs.”

In addition to the $50,000 contributed through the ‘Collecting for the Community’ promotion, OLG’s employee-driven 2021 United Way fundraising campaign raised close to $70,000.

For more than three decades, OLG employees have been dedicating their time and money to an annual fundraising effort to support the United Way. The most recent campaign, which ran through November 2021, was a big success with OLG employees raising more than double their original fundraising goal.

“As the pandemic continues to impact communities across Ontario, our friends and neighbours facing challenges – and the frontline community workers working so hard to serve them – need our support like never before,” said Daniele Zanotti, United Way Greater Toronto President and CEO. “Thank you to OLG corporate and staff for once again standing with community and demonstrating that we truly are in this together.”

The COVID-19 pandemic has led OLG to evolve its local partnerships in order to continue to support and add value to the festivals and events taking place in communities across Ontario. In support of the United Way, OLG introduced ‘Collecting for the Community’ — a new and fun way to promote community spirit, showcase festivals and events in Ontario and deliver essential funding for local programs.

Collecting for the Community Promotion

‘Collecting for the Community’ is a free, virtual activity, intended to replicate the same fun and engaging experience OLG offered through on-site activations at OLG sponsored events. The promotion launched in July 2021 and closed on January 3, 2022. It was available to players 18 and older.

As part of the promotion, OLG committed a total of $50,000 in funds to United Way locations across Ontario. Each of the 27 United Way locations is guaranteed to receive $1,000, but player participation in ‘Collecting for the Community’ increases the local contribution.