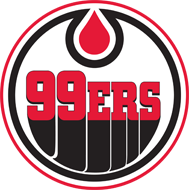 Hockey leagues across the province have been put on hold after new COVID-19 precautions were announced by the Ontario government on Monday, January 3.

The announcement placed both minor and junior hockey seasons on pause, with the closures of indoor sport and recreational facilities. Professional sports and select elite amateur sport leagues are permitted to operate but must do so at a reduced occupancy.

The announcement was tough for many athletes to hear, like twenty-year-old Brantford resident Tanner Mitton. Mitton is currently in his third year of junior hockey and has spent this season playing for the Norwich Merchants in the Provincial Junior Hockey League (PJHL).

“It’s honestly disappointing,” he said about the announcement. “It feels like we just got the ball rolling on our season and now we have to put the brakes on.”

The PJHL did not have a season last year due to the ongoing pandemic and Mitton said he’s  worried about losing another.

“For some of us, it could be our last year of junior hockey,” he said. “After losing an entire season last year, all I can do is hope that the 2022 season is able to resume.”

According to Premier Doug Ford, the new restrictions will be in place for at least 21 days.

This is the second tournament that the BMHA has cancelled in the past two weeks, with the Wayne Gretzky International Hockey Tournament, scheduled for December 26-30, being cancelled on December 21.