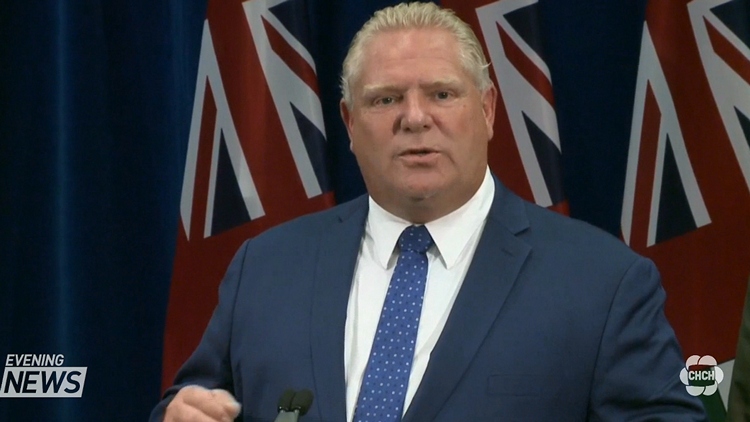 Doug Ford will occupy the premier’s office at Queen’s Park once again, according to the CHCH election desk.

His Progressive Conservatives are now projected to win Thursday’s election, and are now leading in 66 ridings, well above the 63 needed to form a majority government.

Ford mainly campaigned on his party’s promises to build Ontario highways and hospitals, as well as other measures he touted as job-creators.

The Progressive Conservatives won 76 seats in 2018 but held 67 when the legislature was dissolved before the campaign, with changes due to expulsions and resignations.