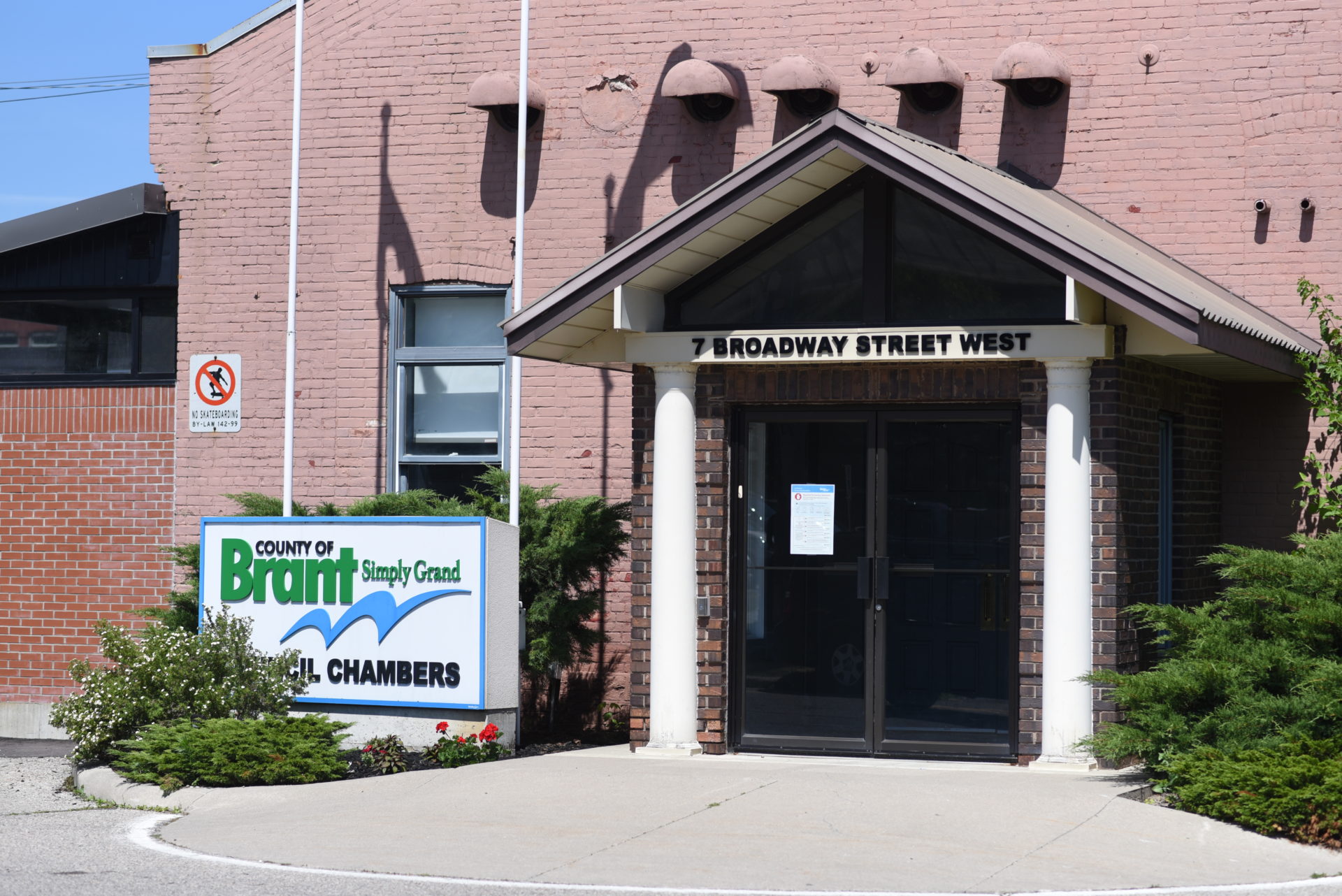 Despite a number of concerns, County of Brant council members approved a 101 three-story residential unit development at 1067 Rest Acres Road in Paris at the meeting on Tuesday, September 27.

Dave Aston, a MHBC planning consultant, presented a modified plan to councillors asking them to support staff recommendations, on behalf of Losani Homes.

“I’m here this evening in response to the planning committee meeting where it was suggested that we take a look at adding some additional parking to the site,” Aston said. “We have had a chance to take a look at it and we have increased parking spaces on the site. The plan that you see now has 35 visitor parking spaces. Nine more than required by the bylaw, or 35% more than required. So this evening, I’m just here requesting that council support the staff recommendation to support the site plan based on this modified plan so that it can move forward to be finalized and that this housing can be brought forward to the market to address the housing needs not just in the county, but throughout the province.”

The presentation sparked debate and conversation between councillors about common frustrations that they have heard from constituents about parking in other similar developments.

“Based on my observations in these neighbourhoods, about 50 percent of homeowners in similar developments do not use their garages for parking,” Councillor John Bell said. “So for example, if half of the residents in this 101 unit development do not use their garages, there are now 50 cars that need places to park. This is already a problem, this is going to add to it. I think if we don’t make some changes, we are going to be left with a very large problem.”

Aston couldn’t comment on how residents use their garages, stating that it is their private space and they can use it however they want. Instead, he stressed that the plans not only meet but also exceed the parking requirements outlined by the County.

Councillor Marc Laferriere and Councillor John Pearce each took a moment to thank Aston for going above and beyond to work with the county to come up with a better plan to address their concerns.

“As far as the regulations are concerned, you guys were within it, you actually exceeded the floor,” Councillor Pearce said. “If I can be so blunt as to say that I’ve knocked on every door up there. And I’m not kidding you when I say at least 70 percent of the people in that subdivision are beyond tired on the parking issues. We can’t demand or make people use their garages. The reality is even if it is being done, there’s multiple cars within a family nowadays. So as much as you’ve met and exceeded the regulations, unfortunately it hasn’t met reality.”

Throughout discussion, councillors acknowledged the fact that the problems with the development relate back to their own regulations, a problem they will look into fixing in the near future.

After a long discussion, council moved to approve the development and thanked the organization for their efforts to address their concerns.