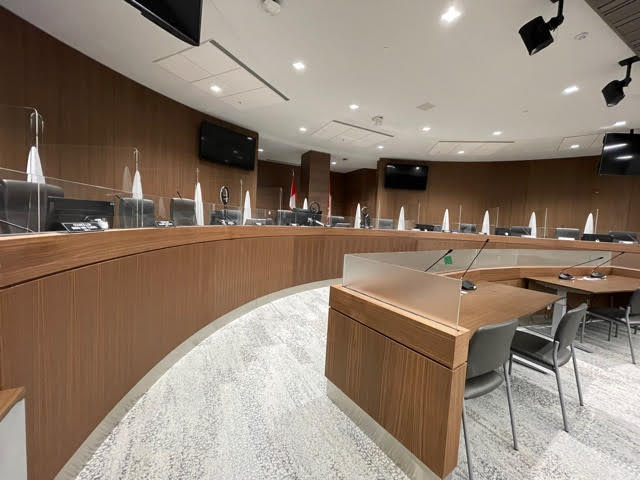 City of Brantford council voted unanimously to investigate the proposed Willowbridge Community Hub at the Committee of the Whole meeting on Tuesday, May 3.

The project is proposed for downtown Brantford and will be a central location for a number of health and social services for the community.

A number of Brantford residents spoke at the meeting during delegations, urging members of council to vote to begin the process of creating this space.

“Currently, our community services, they’re separated from each other or divided across the community,” Alisa Foster said, an advocate for her son Andy who lives with autism and attention deficit hyperactivity disorder. “These services are not always easy to find or to get to, especially if transportation is a barrier. Willowbridge would be a game changer, with all of the experts under one roof. It will be a beacon of innovation and the change that’s needed to support our community.”

Councillor Joshua Wall introduced the resolution for city staff to investigate the potential to use the eastern portion of the downtown parkade and surrounding area as a location for the hub.

“Is this possible? Absolutely. Is it going to be easy? Absolutely not,” Councillor Wall said, getting visibly emotional during the meeting. “We need this. Mental health is still so stigmatized, and people are so afraid to talk and everybody knows somebody who needs these services.”

Councillor Wall was not the only member of council that let out their emotions while expressing the need for something of this nature in the community.

“I’m living proof that when you take care of people who somehow didn’t matter, you build community leaders,” councillor Jan Vanderstelt said, holding back tears. “One-stop shopping works because everything is there. This is crucial, it’s about time, it makes sense.”

Leslie Josling, executive director of Willowbridge Community Services, has led the charge for the hub estimating that it would serve 27,000 community members annually and employ 500 people.

Josling said that they have been looking for a space for a community hub for two years, stating that their need is “urgent and critical.”

The estimated cost of the proposed 171,000-square-foot project is $87 million. Josling said that about 75 per cent of the cost could be potentially covered by provincial and federal funding, in addition to a capital fundraising campaign and other financing.

“Eighty-seven million dollars is a lot of money,” Councillor John Sless said. “You need buy-in from the entire community and I think that’s exactly what it would get. Everyone knows someone touched by mental health.”

After a long discussion, the motion was passed with a vote of 11-0.