City of Brantford and Kamianets-Podilskyi in Ukraine sign Twinning Agreement 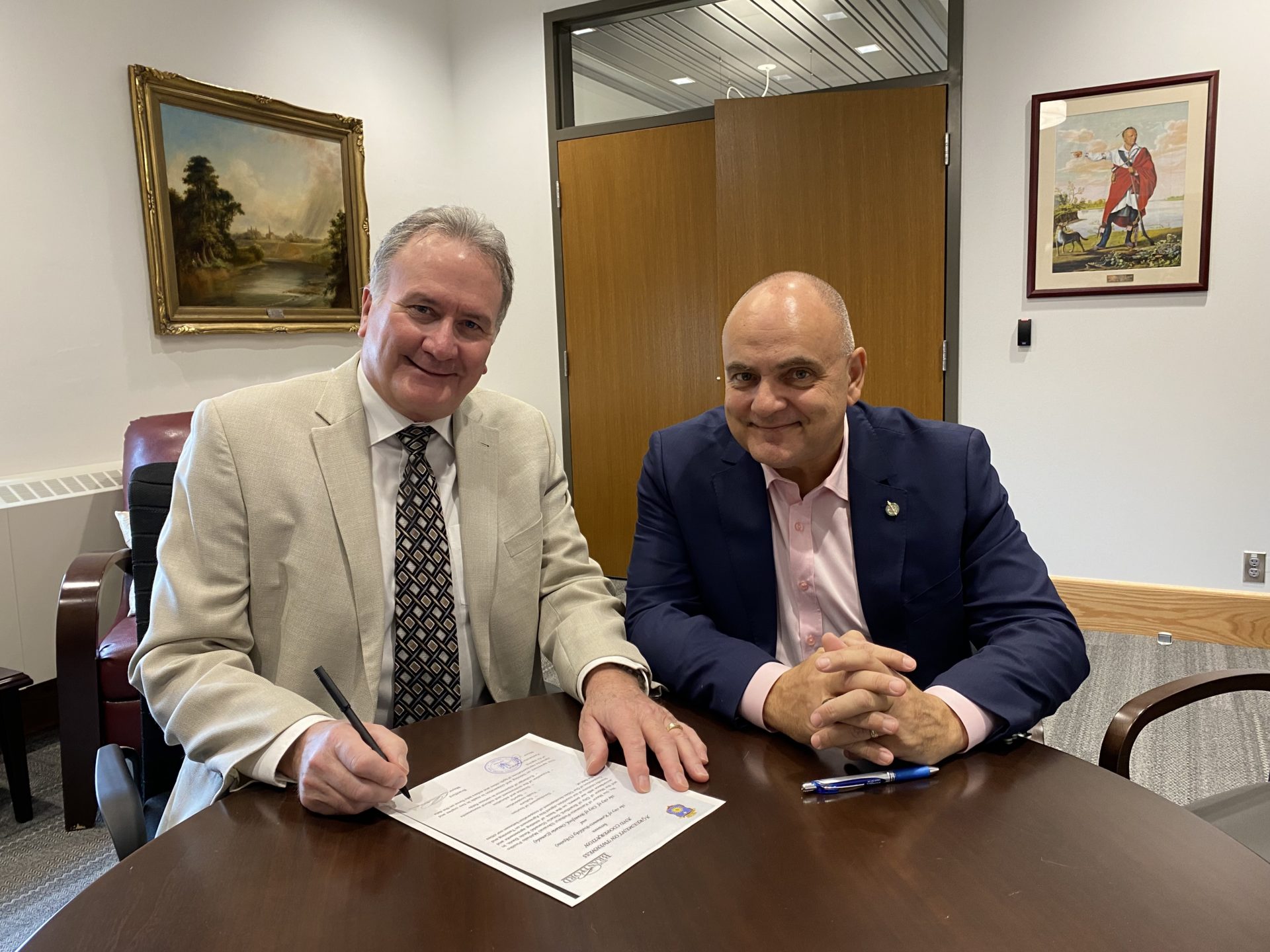 City of Brantford and Kamianets-Podilskyi in Ukraine signed an agreement officially twinning both cities on Friday, April 1.

The ‘Agreement on Twinness and Cooperation’ signed by both City Mayors, lays the foundation for collaborative work that will be done between the two cities in a number of fields including youth cooperation, development of tourism and culture, science and education, protection of the environment and cultural moments and exchange of experience in various fields.

“Of course, our top priority is to provide support for Ukrainians in need of refuge and resettlement,” said Mayor Kevin Davis. “Just as Kamianets-Podilskyi has done by using its schools and college dormitories to house people who are escaping from areas of Ukraine where the ravages of war are most intense, it is my sincere hope that should our sister city require support, we, and the generous citizens of Brantford will answer the call.”

Larry Brock, Member of Parliament, Brantford-Brant, was in attendance at Brantford City Hall for the official signing, and expressed his support, saying, “during these challenging times, we are here to help our new sister city and Ukrainians who are looking for a safe haven in Canada.”

A local Committee is currently being formed that will include City of Brantford staff and representatives from other local agencies who together will determine how to best provide support to Ukraine in both the short and long-term.