Brantford Police Service seized 112 kilograms of cocaine, worth an estimated $12 million, on December 4, 2021. 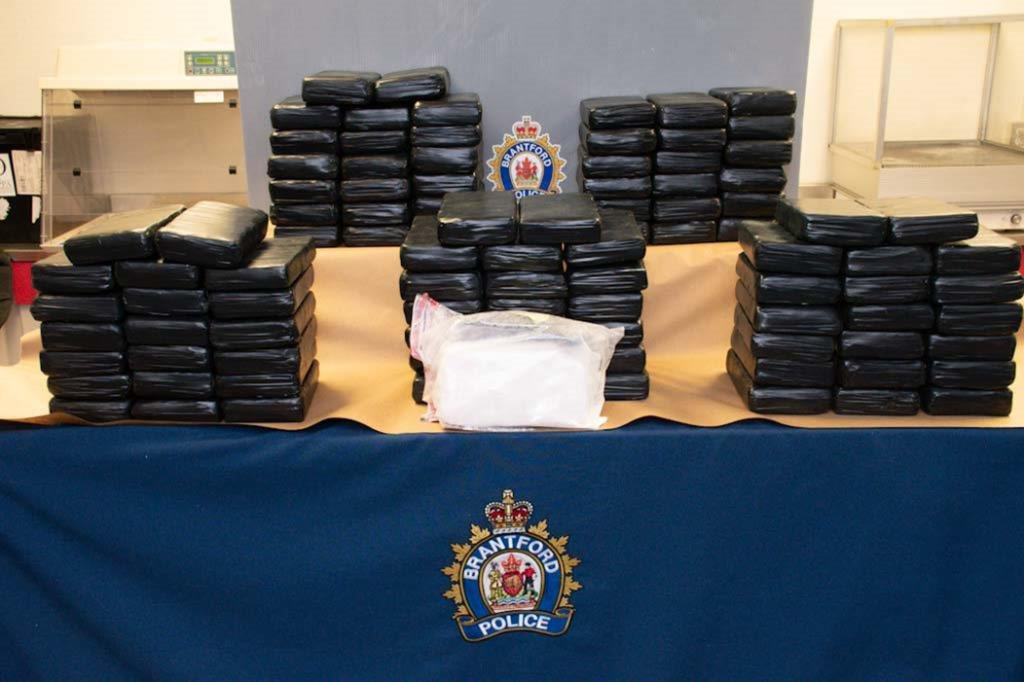 The investigation, which was led by the Brantford Police Service Criminal Intelligence Unit, with the support of the Canada Border Services Agency, resulted in the identification a local group of individuals who were believed to be involved in the importation of cocaine into Canada.  They were further believed to be involved in the trafficking and distribution of cocaine throughout the City of Brantford and the surrounding regions.

As a result of the investigation, a tractor trailer belonging to a company based out of Milton, Ontario was intercepted by the Canadian Border Services Agency.  The vehicle was attempting to enter back into Canada using the Ambassador Bridge in Windsor, Ontario from the United States in the early morning hours of December 4, 2021. A search of the trailer yielded a seizure of approximately 112 kilograms of cocaine, having a street value of approximately $12 million.

As a result of the joint investigation, two accused, Jugrajpreet SINGH and Amrinder SINGH, both 22 years of age from Brampton, have been charged with Possession for the Purpose to Traffic and Importation of Cocaine under the Controlled Drugs and Substances Act.