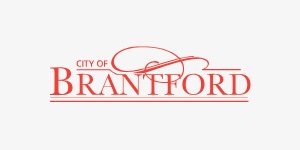 The City of Brantford hosted a virtual town hall in an effort to receive feedback from residents regarding the Downtown Brantford Improvement Task Force on Tuesday, October 19.

Visocchi went on to provide an explanation for the virtual town hall.

“This public forum is being held to provide the community an opportunity to share their feedback regarding how to improve the city’s downtown with the members of the Downtown Brantford Improvement Task Force (DBITF),” she said. “All feedback collected will be shared with the Task Force to help inform development and implementation of an action plan to address current concerns and issues with respect to the city’s downtown core.”

Visocchi continued, “The reason we are here is because we are very aware that there are issues, issues that are evident in the downtown core. Issues of escalating poverty, homelessness, substance use, vandalism, social misbehaviours and cime. While these issues are not new or unique to the City, they have been clearly and significantly exacerbated by economic hardships due to the ongoing COVID-19 pandemic. Businesses, institutions, residents and Brantford City Council have recognized the need for immediate action to mitigate these in the downtown area.”

After providing the reason for the consultation meeting, Visocchi turned things over to Marlene Miranda, General Manager of Community Services and Social Development, who explained the mandate for the task force.

“Three sub working groups of the task force are currently working independently to develop short and long-term steps to address challenges in the city’s downtown. The three focus areas of the working groups and ultimate action plan are community services, economic and cultural vitality and safety and security,” said Miranda. “The final action plan for the task force will be brought forward in early 2022.”

Susan Evenden, Director of Family and Income Stability provided viewers with a brief update on the work being done by the community services working group, which was then followed by a short presentation by Kevin Finney, Director of Economic Development and Tourism.

“The economic and cultural vitality working group’s objective is to enhance the vitality of the downtown by expanding business, tourism, arts, culture, music, entertainment, and community events to attract more people downtown and ultimately improve the vibrancy of the city’s core,” said Finney.

The final presentation was from Heidi de Vries, General Manager of People, Planning and Legislative Services, who spoke to the objective of the safety and security working group.

After the presentations were completed, registered residents had the opportunity to address their thoughts and concerns with members of the task force, including task force chair Dan McCreary and task force vice-chair Joshua Wall. Six residents registered to speak at the event but all of them opted out of the opportunity to speak. With no residents coming forward to express their views or concerns, Mayor Kevin Davis shared his thoughts on the lack of participation.

“This forum was designed to receive the input of residents, to receive their ideas, and their suggestions. I understand that some people may be reluctant to do that in this format so I hope you’re going to end it by telling people how they can pass on their good ideas in a manner that many might be more comfortable with,” said Davis.

“Mayor Davis said it so very eloquently and he’s absolutely right that many people might not feel comfortable coming onto a public forum and sharing their thoughts but I do want to thank the people who did attend and who listened and who are contributing online and I hope that you continue to do so,” said Wall.

Councillor Dan McCreary, Chair of the Downtown Brantford Improvement Task Force, said he was slightly disappointed that there was no input from the residents during the meeting.

“It’s a shame that we didn’t get more productive input than we’ve seen this afternoon and this evening but we’re not finished yet. I think there may be a lot of people that are uncomfortable with the technology or uncomfortable with the fact that what they say here is going to live on forever on the Internet,” said McCreary. “Maybe there is another way to engage that we can think of and perhaps get a few more comments from the community because that’s what we do and it’s about the people that live here. We will forge ahead and we’re going to come out of this with some pretty good plans for our downtown community and, hopefully, by next year we’re going to have some of this stuff implemented and see some visible improvements downtown.”

If residents would like to provide feedback to the task force, they are invited to visit letstalkbrantford.ca.

Check out a feature story with Dan McCreary about the work being done by the Downtown Brantford Improvement Task Force next week at brantbeacon.ca.