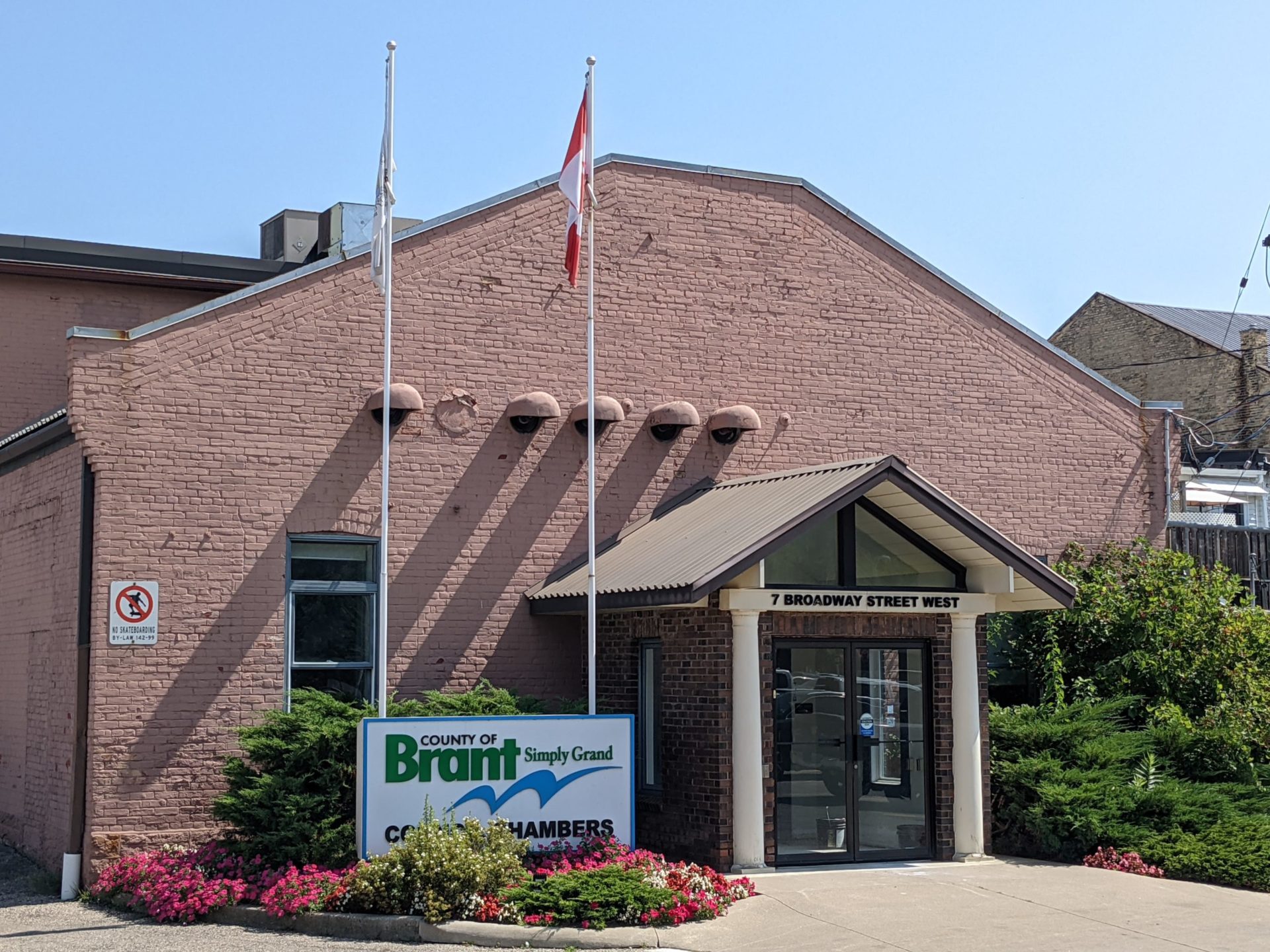 County of Brant councillors and residents expressed their concerns with a new commercial development proposal at the Planning and Development Committee meeting on Tuesday, January 4.

In the meeting, a presentation was made proposing to change the zoning of 517 Paris Road from Rural Residential to General Commercial to build a gas bar, convenience store and a drive-thru restaurant.

County staff recommended the approval of the application, but councillors and residents were quick to disagree with the original recommendation.

Two residents presented at the committee meeting, expressing their concerns with the proposed development following the initial presentation. Maegan Rutton and Cheryl Waldick, who each live near the location of the new development, read letters addressed to council members citing concerns of health and safety, property values, increased traffic and noise and light pollution.

“The main concern of myself and many of my neighbours are the potential impacts that a gas station will have on their properties and health,” Waldick said. “Most of the surrounding properties are on well water and we want to protect our water sources. The negative environmental and health impacts of living by a gas station are well documented and very common.”

Jacob Dickie of Urban in Mind, the company that submitted the zoning proposal on behalf of the property owner, ensured that there were environmental standards that newly developed gas stations were required to meet that would reduce the risks of living near the proposed development, and that there was legislation in place to protect property owners.

Both Rutton and Waldick also expressed their worries about how the new development would impact the traffic of an already busy road. Councillor Marc Laferriere shared their concern, recalling how busy the road can get when other businesses in the area host events.

“When the antique store down the road has a sale, traffic is always held up,” Councillor Laferriere said. “What’s going to happen when we have 35, 50, 70 cars an hour” going in and out of the proposed development?

He was not the only councillor to express concerns with the proposed development. Councillor Steve Howes noted that he could not support county staff’s recommendation, stating that his main concern was also the traffic in the area.

“I think they did an effective and convincing job painting a picture of what they believe will be a very busy and successful commercial enterprise and that is exactly what scares me about it,” Councillor Howes said. “I do not share our staff’s confidence that this will not affect traffic in the area.”

Councillor Laferriere also raised a question of whether or not another development of this type was necessary in this location, noting that a very similar development was located less than 500 metres down the road.

After over an hour of discussion, councillors recommended that the proposal be rejected. The decision will be made at the next council meeting on Tuesday, January 25.

“It’s just not the right application for this corner and I won’t be able to support it tonight,” Mayor David Bailey stated