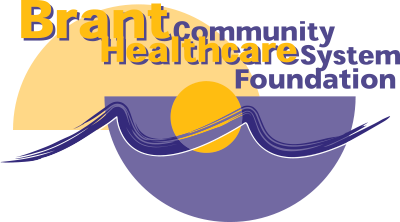 The Brant Community Healthcare System Foundation raised more than $235,000 during the Cheers to Healthcare Gala, which was held on Friday September 16, 2022,

The money raised will go towards the Emergency Department (ED) at Brantford General Hospital.

“We are thrilled with the results from this year’s gala” said Kari Wilson, Executive Director of the BCHS Foundation. “After two years of virtual events, it was wonderful to see everyone in person and the generosity and support from the crowd was staggering”.

The $235,000 places this as one of the most successful gala events in the Foundation’s history and all proceeds raised will contribute toward the ‘local share’ of funds necessary to facilitate the redevelopment of the Emergency Department and help to purchase a new Central Patient monitoring system for the Emergency Department.

“We offer our sincere gratitude to the donors, participants and event sponsors for their generosity” said David McNeil, President & CEO of the BCHS. “We were also happy to share the fantastic news that BCHS has been approved to move forward with the tender for the Emergency Department. This is good news for the community.”

BCHS is currently pre-qualifying contractors and once this is complete the tender documents will be issued, with anticipated construction mobilization in the New Year.

More than 200 event attendees and donors contributed to the success of the 2022 Gala by participating in silent and live auctions and by donating to a Fund-A-Need activity, hosted by Layne – The Auctionista, while Brantford’s own ‘Doctor Doctor’ Band played into the evening.

The success of the gala brings the BCHS Foundation’s $8 Million Emergency Department Campaign to almost $5 Million raised to date.

While the total project will cost an estimated $30 Million, the BCHS Foundation is responsible to raise 10% of the overall construction costs associated with the redevelopment as well as the funds necessary for furnishings, fixtures and patient equipment.