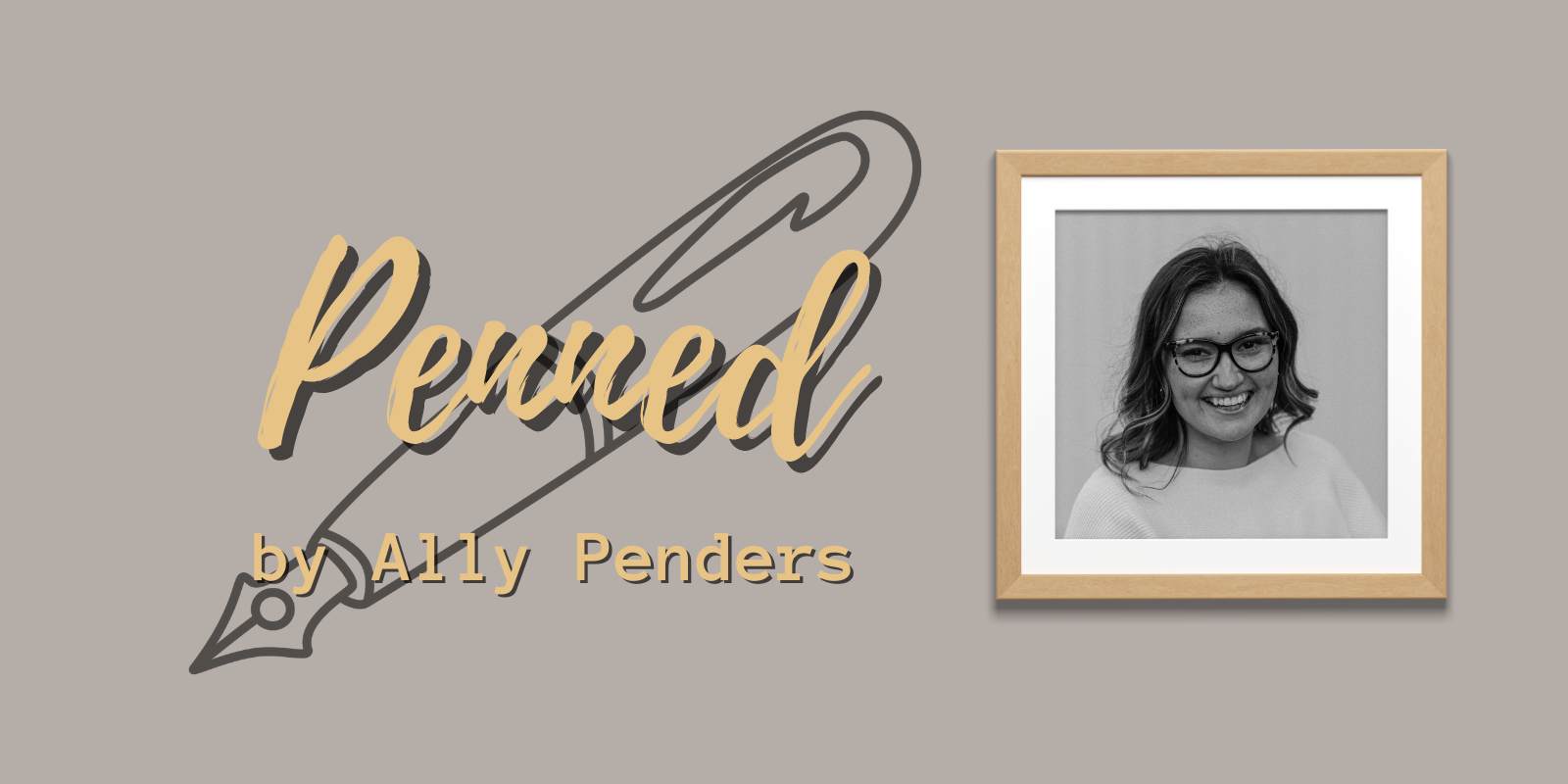 I have always dreamed of telling stories, sharing the good, the bad and most importantly the truth in the world.

Six months ago, in my final year of journalism school, I received a job opportunity to write stories in and around my hometown. Getting to dive into my community as a reporter has been an experience unlike any other.

In my short time with the Brant Beacon, I have written a wide variety of articles about the County of Brant, City of Brantford and Six Nations of the Grand River.

From covering local events and council meetings, to highlighting local businesses and how they survived through the COVID-19 pandemic. Recently, I got to speak with the pastor of a Brantford church about the ongoing war in Ukraine and how they are supporting their people across the ocean.

While all of these stories have been rewarding to me in their own unique ways, some of my favourite stories I have written have been about local athletes and sports teams.

If you know me, you would know that in addition to my passion for storytelling, comes my dream of working in sports journalism.

This past weekend, I got a taste of that dream when I got the opportunity to cover my first professional sporting event, and it was a big one.

Just down the 403, the National Hockey League hosted the 2022 Heritage Classic at Tim Hortons Field in Hamilton.

Being so close to our coverage area, the Beacon applied for media credentials and was accepted. With the accreditation, I was asked by my editor to document the entire weekend experience for my first column, to give a first-person point of view from a local kid chasing her dreams.

It started with a phone call from Michael Stamou, the editor of the Beacon, who shared the news that the application had been approved. I was over the moon after the phone call, I still don’t think I am over it.

The week leading up to the event, my inbox filled with emails from the NHL and I quickly realized that there was going to be much more to the experience than just the game.

The festivities kicked off on Friday afternoon, with one of the coolest experiences that I have ever had.

Media members and other event staff were invited to bring their skates to Tim Hortons Field to test out the ice with an hour-long skate. As we stepped on the ice, giant snowflakes blew through the air and it felt like I was in a snowglobe.

It was the perfect Canadian-stereotypical setting. It really felt like a dream, walking out to the ice in the middle of a football stadium as the lights slowly turned on. Knowing that NHL superstars from the Toronto Maple Leafs and the Buffalo Sabres were going to be hitting the same ice the next day just did not feel real.

The next day, we got early access to the PROLINE+ Pregame fan festival. I got to throw on one of the special edition Heritage Classic jerseys to try my hand at some skills like accuracy shooting. I’ve never been the most athletically-inclined, but ripping shots at targets in that Sabres jersey made me feel like a pro.

Chatting with NHL staff members, I learned about the history of the outdoor games, and how this event in Hamilton compared.

After snapping some wrist shots and some photos, we got out of the wind and headed up to the press box. Walking out of that elevator was an incredibly surreal moment for me. As I looked down at the stage being set for the game, the Sabres hit the ice for their practice.

Halfway through the practice we moved downstairs to watch from a different vantage point. It was unreal watching how the practice ran as the players adjusted to the outdoor elements that could have an affect on their play in the game.

After practice wrapped up, I headed for home to rest up for game day.

Sunday morning I woke up and hit the road to Hamilton. We arrived early to cover the pregame festivities, which had transformed completely since we had been there the day before.

Fans began to arrive four hours before puck drop to participate in everything that the pregame had to offer.

During the pregame, I was snapping photos and noting all of the sponsors for my pregame article for the Beacon, but I was also enjoying myself and taking it all in.

During the pregame, I got the chance to meet hockey media personalities like Steve Dangle and Jesse Pollock. Even more importantly, I met members of the Canadian women’s national hockey team, who showed off their gold medals while they chatted with fans. I love women’s hockey and this was one of the most exciting moments for me. Seeing legends like Marie-Philip Poulin, Natalie Spooner and Sarah Nurse will be something I remember forever. Not only that, but seeing the demand of the fans lining up to see these women proved that people love women’s hockey and the future is bright for the sport.

After spending hours surrounded by hockey fans, excited to be gathering together no matter the team they were cheering for, we headed into the stadium for pregame press conferences.

First up, we heard from Sabres coach Don Granato before members of the women’s team addressed media members about being honoured at the game.

I took notes and recordings to work on my story about the involvement of the gold-medal winning team in the game, and headed up to the pressbox.

Being around some of the best people working in sports, I felt like I had made it. It was the most inspiring moment, and it is a feeling I will never forget. It makes me want to continue to work toward my goals of being a regular reporter at those events.

The game itself was incredibly entertaining, watching from above and seeing the entire setup on Tim Hortons Field that came together so quickly was unbelievable. Being inside the warm pressbox while everybody else was freezing in the Hamilton wind was pretty nice too.

The female artists that hit the stage as entertainers at the event included Willow, Lindsay Ell and Alessia Cara. They did an incredible job getting the crowd pumped up and seeing the women’s national team hit the stage during the O Canada was a very special moment.

The most starstruck moment I had all weekend was as I was walking down the hallway in the press area by myself during the second intermission. Brantford’s own Wayne Gretzky stopped to say hello to me and ask how I was. He was at the event to drop the puck in the ceremonial faceoff, honour his late father Walter, and to broadcast for NHL on TNT. Now, I’m not one to be starstruck, but bumping into him and chatting for even a moment will be up there on the top of my “coolest moments” list for a very long time.

After the game, we headed down to my first post-game press conference. While the Sabres were technically the home team, we attended the Leafs presser as they are the dominant fan base in the area.

Being in that room with the likes of Steve Simmons and Rosie DiManno, I once again had that feeling of “I’ve made it.” At one point, Elliotte Friedman stepped into the room to listen and that was pretty cool too.

Seeing the presser live, how players like Auston Matthews and Morgan Rielly interact with the media in comparison to head coach Sheldon Keefe, taught me a lot about the industry. Toronto sports media is known for their harsh criticisms, especially when it comes to the Leafs. I got to experience that as I felt the tension in the room after the loss, media members wanting answers and players frustrated with the performance.

After the presser, I headed for home. During my drive, I reflected on the entire weekend and the experiences that I was lucky enough to have.

I learned a lot about myself over the course of the three days, my dreams and goals were validated and I felt like it was possible to achieve them. This experience gave me something to remember when I feel like giving up, when I feel like I am not going to accomplish what I want to.

It showed me that a kid from a small town like Burford, a girl without any crazy sports accomplishments, can sit in that press box. Getting to cover historic teams like the Toronto Maple Leafs, attending special events like the outdoor Heritage Classic, working alongside some of the biggest names in hockey.

I am incredibly grateful that I, not only, got to cover the event, but I also got to take it all in and enjoy every second of it. I’m sure I will be telling the story and showing off these photos for many years to come.

It is so cool to be able to say that the first professional sports game that I got to cover was an outdoor game like the Heritage Classic, and more importantly that it was for my hometown news organization.

Here’s to hoping it won’t be my last.